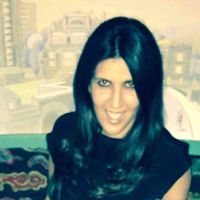 Imagine you have an employee who performs well but has bad habits: He comes in late, leaves early, and watches Netflix during working hours.

With a poor performer, it’d be easy. But in THIS scenario, the employee is GOOD. The problem is that you’re concerned how this kind of behaviour impacts the rest of the team, some of whom don’t perform as well as this guy.

So how do you resolve this issue? In this blog post, I’ll give you the word for word script that millennials and Gen Z respond to the most, we’ll break down the script sentence by sentence and why it is so powerful, and then we’ll analyse how it ties back into one of the main motivating factors for millennial employees which is: Purpose.

Read on. (Or watch the video below)

I’ve been discussing this with one of my coaching clients, a C-level executive at a fast-growing technology company, let’s call him James. He has a small team and one of his employees, let’s call him David, displays these stereotypical millennial behaviours: Notably, James told me that David keeps coming in late, leaving early and watching Netflix during his lunch break.

James didn’t know how to handle that. Should he confront David about it? After all, David is a good performer, so why should James bring it up? But James feels that David’s behaviour invites others on the team to behave like that, even those that don’t perform as well.

What would you do?

Before I tell you what I think James should do, let me first say that I fully understand you if you’re an old-school manager who’s exasperated by this type of behaviour. All of the executives I coach want to see people work hard, be focused, only work when in the office, come in early and leave late, all of that. That’s the ideal.

The problem is that times have changed and in many companies, this kind of work ethic is just not very common anymore, especially among junior employees.

Now, this has some upsides, there’s more diversity, more out-of-the-box thinking, better ideas. But I absolutely empathise with you if this kind of behaviour drives you up the wall. I’m quite liberal with my own employees, but it sometimes drives me up the wall, too.

But the question is - what do you do with it now that it’s a fact? You can of course keep battling it out, and insist on your way or the highway. You’re the boss, after all. James, in fact, told me that he hates this kind of behaviour and that he knows that good people who are not like David are out there, and that he wouldn’t mind at all to go nuclear, risk the confrontation, and if David ended up quitting - good riddance, now we have the option to hire someone really good.

Well, that’d be a MASSIVE upheaval, and I wonder if you have the time and energy to go through it all. And who knows how long you’d be looking for that special someone who has the work ethic of Elon Musk but takes the salary of someone fresh out of uni?

And if David does not quit, you may hear from HR. Even if you’re in the right and have done nothing wrong, people these days get offended very easily, and if you ask David what YOUR boss 20 years ago may have said to you, something like “This is the third time you’ve come in late this week. Why?” If you say that, you may get people complaining with HR.

Do you really have the time and energy to get such a trivial issue escalated? More work, more meetings, less work done.

So what’s a pragmatic solution to this?

Here’s the script I suggest you use and I’ll tell you why this is really effective.

“David, I’ve noticed you’ve come in after 10am a couple of times over the last two weeks. I understand that you have a long commute and that traffic is crazy. But I believe this may have a negative impact on the rest of the team. What do YOU think that impact could be?”

Yep, I know this sounds really strange. And it does take getting used to, especially if you are a straight shooter. I know you may yearn to be more direct, but I suggest you resist that temptation.

"David, I’ve noticed you’ve come in after 10am a couple of times over the last two weeks."

It’s important to be specific. Collect the data. Take notes. So that if David starts arguing the point, you can calmly say “Look, David, I have actually been observing this, and on Friday you came in at 10:10, on Monday at 10:04, and on Wednesday at 10:25. I’m not making this up.”

"I understand that you have a long commute and that traffic is crazy."

Here you’re showing some understanding and empathy. If you know the specific reasons David came in late, mention them. Otherwise, use this type of generic excuse, even if you wouldn’t buy it yourself. This is important, and probably the hardest bit to swallow for someone like my coaching client James. The reason is that it mellows the employee out in a situation where their blood pressure is already on the up.

"But I believe this may have a negative impact on the rest of the team."

This is the crucial sentence. Their behaviour having an impact on others. The key here is to not refer to your “rules” or the fact that you personally don’t like it. That wouldn’t be effective. The key is in pointing to the externalities of this behaviour.

"What do YOU think that impact could be?"

This plays the ball into David’s court and forces him to walk a mile in your shoes, as the leader of the team.

So on a higher abstraction level, these are the steps I want you to go through:

Point out the behaviour, show what impact it’s having, and ask them a question about this impact.

If you follow this pattern, I promise you, you’ll have better outcomes. The employee won’t get defensive, it’ll make them think, and you won’t get pinged by the Head of HR to come into her office.

And here’s the main reason why this works.

I’m sure you have heard that one of the main motivating factors for Millennials is purpose, being part of something bigger.

There’s a few different ways how to message purpose to your team, and especially if you’re a mission-driven startup you can use that mission as a purpose to rally behind.

But what if your company doesn’t have a particularly noble purpose? Say you produce accounting software, or a gaming app. Great products for sure, but it’s hard to be really inspired by them.

Well, the great thing is that there’s one source of purpose in every company: the team. No matter if you’re saving the planet or building a CRM plugin, no one wants to let their team down. And if you now indicate to the employee that their actions impact the team negatively, they’ll listen. And you won’t get this defensive reaction you would get if you said “Why are you always late?!”

A positive byproduct of this approach is that you give them a backhanded ego boost: After all, you have just invited them to think about how to lead the team. Even if it’s subconscious, you asking in this way is flattering to them.

So the main takeaway is: Get them to understand the wider impact of their behaviour and ask them to contemplate how it affects the purpose of why they come to the office every day.

And even if you’re like James and feel like you want to go nuclear and eliminate these types of bad habits from your team, give my script a try first, and see how it goes. You can always go nuclear if it doesn’t work.

Photo by bruce mars from Pexels

There’s one source of purpose in every company: the team. No matter if you’re saving the planet or building a CRM plugin, no one wants to let their team down. And if you now indicate to the employee that their actions impact the team negatively, they’ll listen.

The New Normal: How the Experience Economy is Affecting the Millennial Workforce
Candice Lee Shulman

Managing Millennials: Adapting to the Workforce of the Future
Candice Lee Shulman

How to develop your agility pulse
Candice Lee Shulman

If you’re not using technology to bring out the best in people, you’re doing it wrong
Loren Shapiro

Generational Communication: What are Millennials so afraid of?
Loren Shapiro

Candidates are not commodities - They're people!
Anonymous
repost  cancel

For plans and pricing, please contact our sales team at sales@passle.net

Sorry, you don't have permission to repost or create posts.

Your repost is currently a draft. Review your repost and request approval.

Sorry - this is not an option. This post already exists in the Passle you have selected.

Try reposting to another Passle.